JET Program applicants are free to choose any of the designated U.S. locations for their interview. All participants must appear in person, without exception, at the time of the interview. There is no option for phone interviews, video-call interviews, or interviews at other locations. We do not conduct U.S. JET Program interviews in Japan or at Embassies of Japan outside the United States.

Ideally, participants must depart from the same location where they interviewed. It may be possible to depart from a different location, as long as it is in the same group (e.g. an individual who interviewed in a Group A city could choose to depart from another Group A city, but not a Group B city.) All U.S. departures will attend a mandatory Pre-Departure Orientation in their departure city. Flights from the designated airport in their departure location will be covered by Contracting Organization, however, participants are responsible to get themselves to the designated airport.

Individuals who are residing in Japan can choose to “depart” from within Japan and will be exempted from the Pre-Departure Orientation. They will join other JETs at the Post-Arrival Orientation in Tokyo with Group A arrivals. 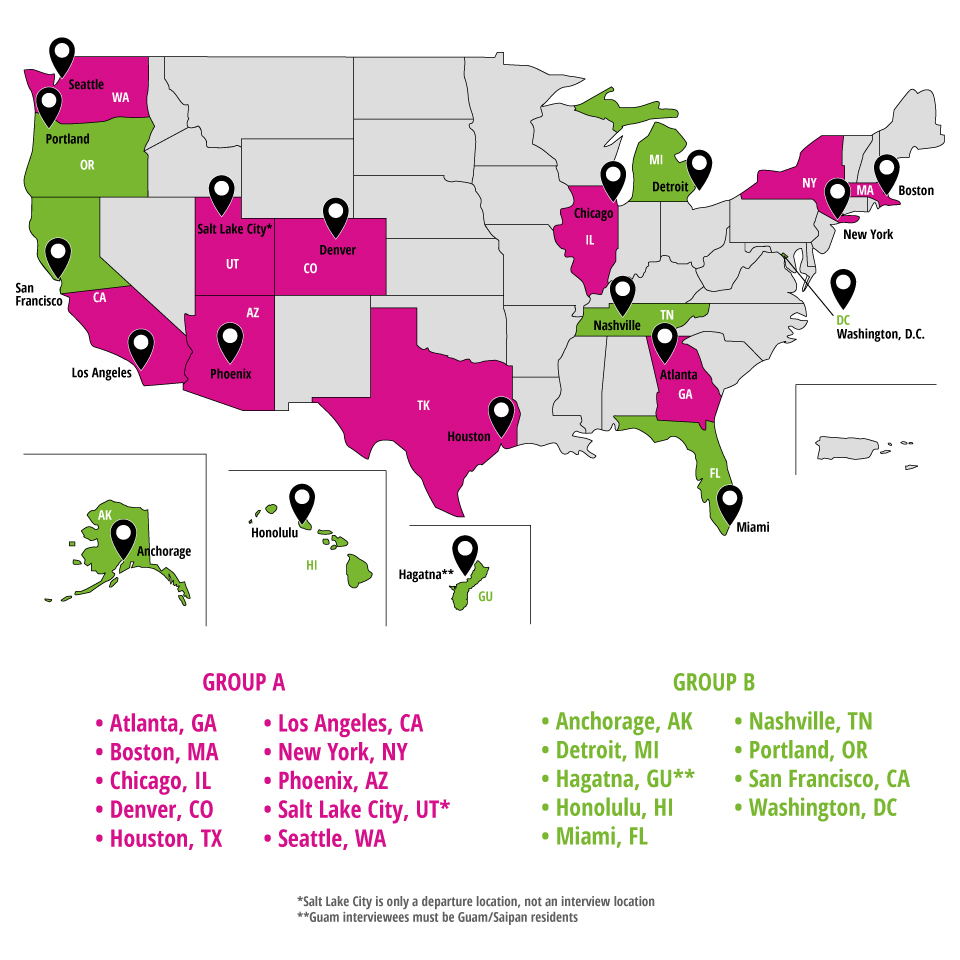